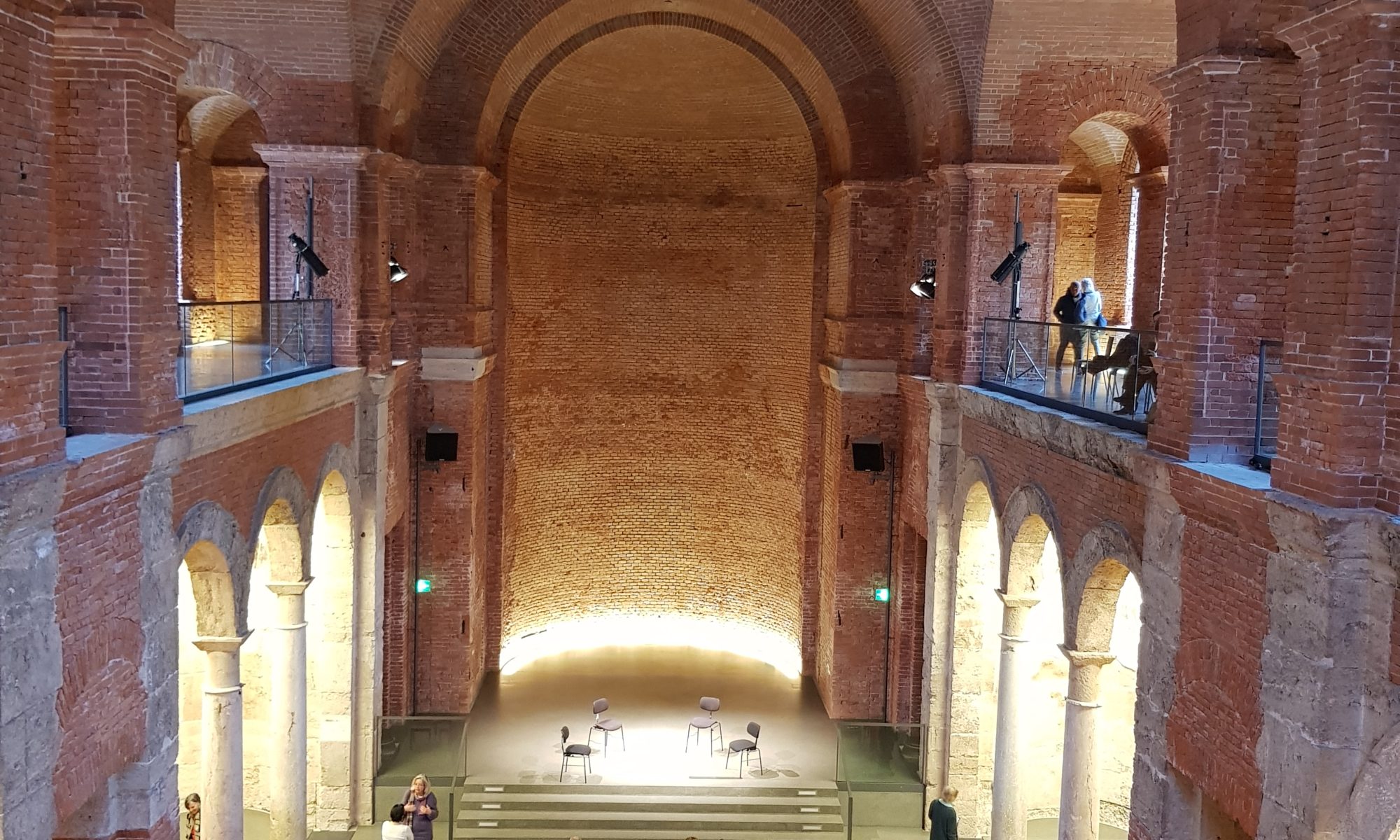 On a grey November Sunday morning I followed an invitation to hear a chamber music matinee in the Allerheiligen Hofkirche in Munich. It has been absolute ages since I have been to a string quartet concert. Coming from a musical family, with a cellist as a sister I enjoy chamber music, especially having played the violin as a teenager. So my knowledge of the repertoire is pretty good, even though I am no expert. The program, however, offered a new hearing for me: Béla Bartók‘s String quartet Nr.5, Sz 102. That got my interest going.

This is such a wonderful venue, that I must write a bit about it. The Allerheiligen Hofkirche was a Catholic church and it was built between 1826 and 1837. Following a visit to Palermo and the admiration of inner frescoes there, the then crown prince Ludwig decided to have a church built in a similar style as part of his Residenz. Leo von Klenze, the architect followed the crown prince’s wishes, extending his inspiration to the Marcus Dome in Venice. The interior with its vaults covered coloured frescoes was built in a Romanesque style while the facade was more gothic. This was the first church built in Bavaria after the secularization in 1803, hence its name “All Saints”.

During the Second World War, the church, the Residenz and the National Theater were very heavily damaged. Unlike the Residenz, it was left to deteriorate for years before a decision was taken. First wanting to tear it down, the city then decided to renovate it following a huge uproar by the citizens of Munich. The renovations started in 1972 under the leadership of Hans Döllgast. After his death in the 1980s, restorations continued with new cupolas and work on the facade. Then from 2000 to 2003 work on the interior was taken over by the Architects Buro Guggenbichler und Netzer before it was finally opened to the public. The damages made to the church are visible as a testimony. The frescoes are left in their spare segments, the pillars have lines where they were put back together. All this was done very respectfully and beautifully. This gives the hall a wonderful atmosphere, which is enhanced through the warm and indirect lighting and through the red bricks. And so it is that the Allerheilgen Hofkirche became a Hall. It is no longer used as a church but as a concert venue, it’s acoustic being excellent, and as a venue for special events.

Beginning this program is Dvorák’s string quartet Nr. 14 in A flat Major op.105. The cello starts with a slow introduction. It is leading the others before moving on to an allegro appassionato movement. Dvoràk started writing this quartet when leaving the United States after 3 years there to move back to his beloved Prag. This is his last string quartet. Wonderful piani, colours, interaction, all played sensitively and beautifully by the musicians. The quartet players are members of the Bayerische Staatsorchester: Johanna Beisinghoff, Julia Pfister, Monika Hettinger and Anja Fabricius. It is a pleasure to watch them play.

The second half is Bartók’s string quartet Nr. 5 Sz 102, and this for me is a discovery. I never really thought of Bartók’s music as being full of humour. This piece changed my mind fully. I just love the pastiche classical section in the last movement, the playing with “out” of tune effects, the glissandi and jazzy rhythm in the cello pizzicati. Bartók only needed a month to compose this piece in the summer of 1934. The first performance was then on 8th April 1935 in the Coolidge Auditorium in Washington. This work has all that is so typical of Bartók, the accented rhythms, the complex harmonies. It is also so playfully modern experimenting with sound effects, sound landscapes. A wonderful work.

Walking out in the grey November mist with the afternoon ahead of me, I couldn’t help but smile. The impressions of the morning were going through my mind… the discovery of Bartók’s quartet, the excellent playing of the musicians, the so wonderful atmosphere of the Allerheiligen Hofkirche… All this made it a wonderful start to that Sunday.

3 Replies to “String quartets in the Allerheiligen Hofkirche”